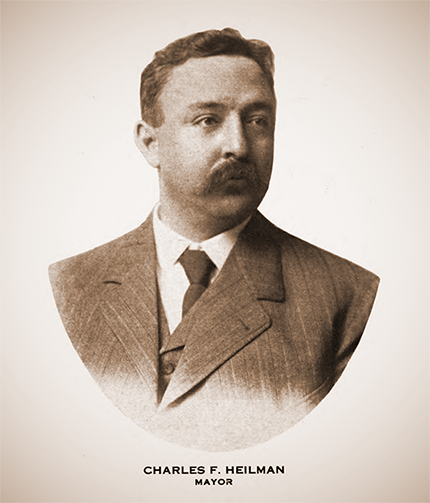 On July 19, 1919, Sheriff Males and two of his deputies staked out Henderson Road and stopped an automobile returning from Henderson, Kentucky, around two o’clock in the morning. The Sheriff, unable to see who was in the car, walked up and announced that the driver was under arrest. “Good morning, sheriff,” said the occupant. It was then that Males realized it was former Republican Mayor Charles F. Heilman, whose automobile was loaded with thirty gallons of whiskey in half-pint bottles. Heilman insisted that he was bringing the liquor to Evansville for his own use and asked that he be permitted to take it home. Instead, he was arrested and charged with violating the federal liquor law.

When he was in Indianapolis before Judge Anderson on January 14, 1920, Heilman’s attorney, Henry Spann, called the judge’s attention to the fact that Heilman was suffering from cancer of the right eye and nose and had undergone an operation on his abdomen. “Ever since my illness I have used liquor,” said Heilman. He also said that he was following doctor’s orders.