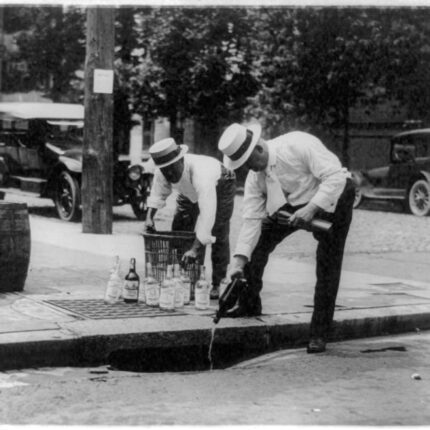 Confiscated liquor was occasionally destroyed, usually after the owners had been prosecuted. Whenever it was done (whether by the police or sheriff), a public display was made so that several witnesses were present. The events were often attended by Women’s Christian Temperance Union workers who would participate in the destruction.