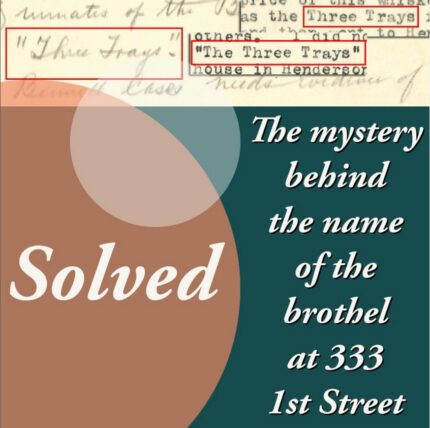 Verne Bennett’s brothel at 333 1st Street was identified, multiple times, as the “Three Trays.” I’ve spent four years wondering why it was so named. Thanks to a sharp reader who suggested that it was actually named the Three “Tres” (Spanish for “three”). Three Tres would literally be 333–the brothel’s address!