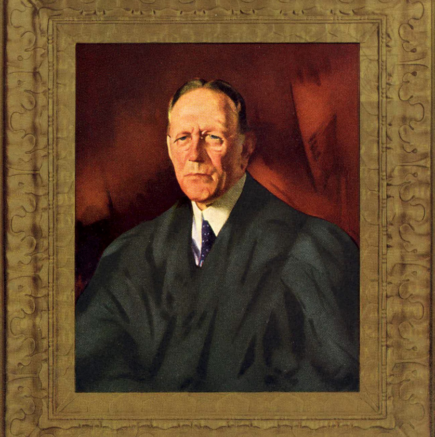 Honorable Judge Albert Barnes Anderson of the federal District Court in Indianapolis presided over the Evansville whiskey ring conspiracy case as well as all of the trials arising out of Indiana’s prohibition. This case was by no means the most important case he heard. But, by time he heard the Evansville case, he was quoted as saying “I have heard whiskey trials about two- or three-hundred days in the last two years and I want this trial to get over with. I’m tired of it–all of this whiskey business.”

President Calvin Coolidge nominated Judge Anderson to the United States Court of Appeals for the Seventh Circuit on January 2, 1925 and on January 6, 1925 he was confirmed by the U.S. Senate. He assumed senior status on October 30, 1929 and remained on the bench until his death on April 27, 1938